Ambassador in the Hub of the Americas

“I was always fascinated by Panama because of its incredible diversity and its historic role as a cultural and trading hub of the Americas.”

The life of an ambassador isn’t just about attending receptions and influencing country leaders, says Karine Asselin (LLL ʼ90), who found herself recently dispelling these myths to a helicopter pilot as they flew over a copper and gold mining operation run by a Canadian company in Panama to visit the latter’s corporate social responsibility projects.

“These mining operations are situated on mountain tops with little or no road access, so the only option is to travel by air,” says Asselin.

Since she became Canada’s ambassador to Panama last September, Asselin has been busy.

“Having to engage in my first week on substantive files of the bilateral relationship with the president of Panama was a good test for my Spanish — but I found a very engaged partner for Canada,” says Asselin.

In her previous assignment as minister-counsellor for political and public affairs at the Canadian embassy in Brazil, Asselin spoke fluent Portuguese. Before moving to Panama, she had to spend two months back in Canada intensively studying Spanish over the summer.

“In this line of work, you have to adapt very quickly to new environments and languages, which is fascinating,” she says.

Top priorities so far have included articulating the new government’s agenda, discussing trade opportunities, meeting members of the Panamanian cabinet, heads of UN agencies and business leaders, and establishing priorities with her 23-member team at the embassy.

In addition to organizing various capacity-building seminars on environmental policies and anti-money laundering practices, Asselin has visited several projects across the country, including schools and corporate social responsibility programs, such as one that helps remote communities convert their local economies from the farming of turtle eggs to cultivating oysters.

“There is no typical day,” adds Asselin. “The role of an ambassador is so diverse. We touch upon many different areas. Right now, my main objective is to promote Canadian interests and values in the country. With our new government in Canada, we want the Panamanian government and businesses and civil society to view Canada as a country that has something to bring to Panama and vice-versa. One of my main messages is that Canada is a reliable partner for growth and development.” 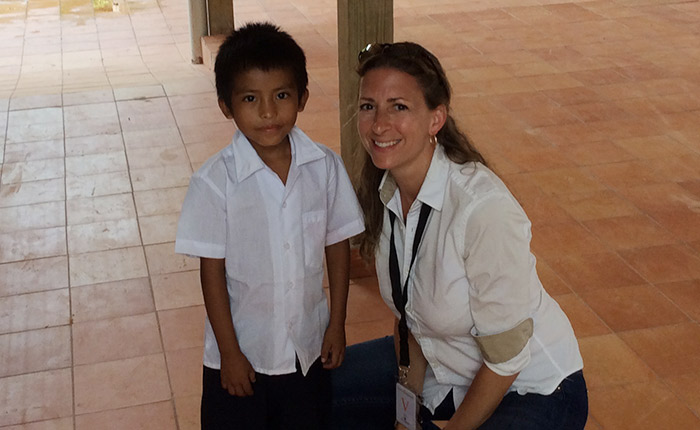 Her appointment as ambassador is the latest step in a richly varied career in which she has engaged in multilateral negotiations and consensus-building to push Canada’s position on everything from early and forced marriages to arms control and nuclear non-proliferation. Becoming an ambassador is a fantastic opportunity, she says.

“I was always fascinated by Panama because of its incredible diversity and its historic role as the trading hub of the Americas. The country is a study in physical contrasts. In the heart of the business district, you have a soaring skyline juxtaposed with a charming colonial city centre — a UNESCO heritage zone — called Casco Antiguo. Within minutes of departing the centre, you arrive in this incredibly green and lush tropical forest, bordered by beaches on both the Pacific and Atlantic coasts. Also, Panamanians are a naturally upbeat and friendly people. Panama has been ranked the happiest country in the world for the last two years in a global wellbeing study by Gallup-Healthways,” says Asselin. “It is a privilege to serve as Canada’s representative here.”

“We see a very different Panama these days. It has been over 25 years since the fall of Noriega and Panamanians have moved on. In 2014, Panama had its fifth democratic elections since the dictatorship years and 76% of Panamanians exercised their right to vote. It was peaceful and recognized as a free and fair election. They even called it the Fiesta Electoral because of the way that people took part and their confidence in the process. Panama regained control of the canal and canal operations in 2000, and in 2016, Panama will celebrate the opening of the canal expansion,” says Asselin. “The expansion project is one of the largest infrastructure undertakings in all of Central America.”

Direct flights between Canada and Panama by Air Canada and Copa Airlines have strengthened the trade relationship, says Asselin, and the embassy is exploring opportunities with the Canadian Commercial Corporation (CCC) for Canadian companies to benefit from upcoming infrastructure projects. “We are working closely with the president and his cabinet, exploring new ventures for our Canadian firms.”

“Our Canadian companies are expanding their presence in the areas of infrastructure, mining, banking, renewable technologies, waste management, agriculture and education. Scotiabank for example now holds a dominant position in the commercial banking sector here and our mining firms are in the early stages of some of the most important investments in Panama,” says Asselin.

When she entered law school at uOttawa, Asselin says she didn’t envisage becoming an ambassador.

“I got involved in law because I was passionate about social justice, especially human rights, the rights of children and the rights of women,” she says.

Her career path has been “organic,” she says, with one set of constants: advocacy, negotiating skills, deft diplomacy and consensus-building.

Now, as ambassador, Asselin is drawing on her education and her wealth of past experience and leadership.

Although the position of head of mission can be demanding, Asselin says she manages to keep a good work-life balance, spending time with her husband, Sanjay Vachali, and two children, Mikaëlle, 12, and Christophe, 8, even though some of her family time is work-related, entertaining diplomats from other countries and their families.

“We are an active family. We try to get out of the city and go to the mountains or the beach and get to know the country. Staying fit is fundamental. I run very early in the mornings on the beautiful Cinta Costera, a nice path along the Pacific coast where we live. Throughout all of my various postings, my wonderful family helps keep me grounded, along with some martial arts and yoga.”

Karine Asselin’s career at a glance: 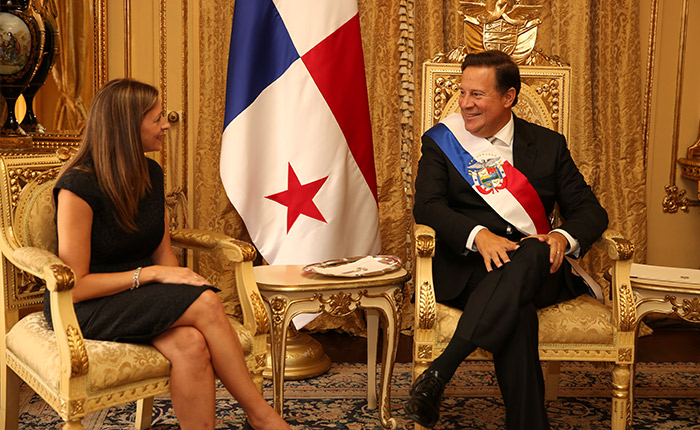