“I am proud to see that our investments in the last couple of years have had a positive impact on the region, province and the country.”

The University of Ottawa has a significant economic footprint and delivers substantial social, cultural and community benefits, says a new report commissioned by the University to assess its impact.

The Conference Board of Canada’s Impact of the University of Ottawa report concluded that the University’s spending on research and development, operations and salaries, together with its graduates’ earnings, contributes up to $7.4 billion per year to the Ottawa-Gatineau region, Ontario and Canada, while generating
29,500 jobs across the country.

“I am proud to see that our investments in the last couple of years have had a positive impact on the region, province and the country. The growth shown by the figures in the report reaffirms the University of Ottawa’s commitment to research, innovation and development,” said uOttawa president Allan Rock.

With 161 research chairs and research partners worldwide, the University ranked third among Ontario universities in terms of research spending, with a total of
$324 million in 2013.

The report also highlighted the University’s leading role regarding francophone communities in Ontario, in Canada and around the world. By investing $62 million a year (half of which is provided by the provincial and federal governments) towards delivering bilingual higher education, it has become the world’s largest French-English university.

Here are other highlights from the report: 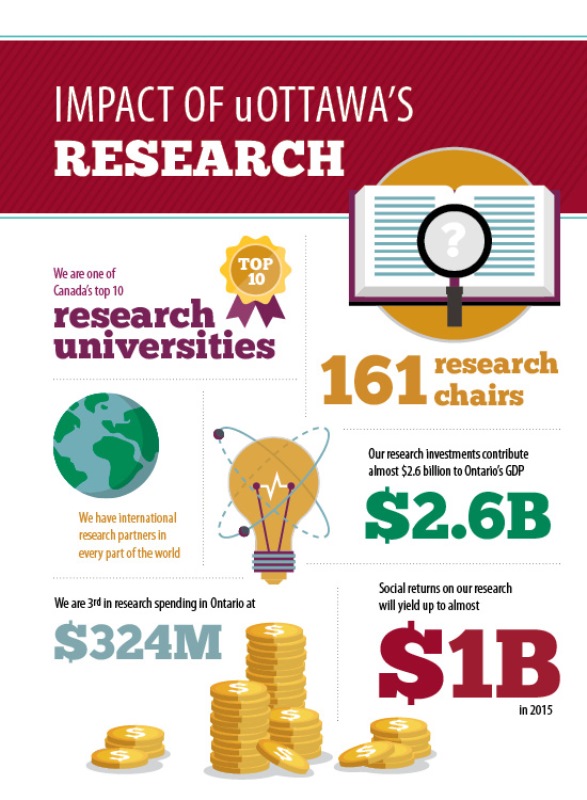 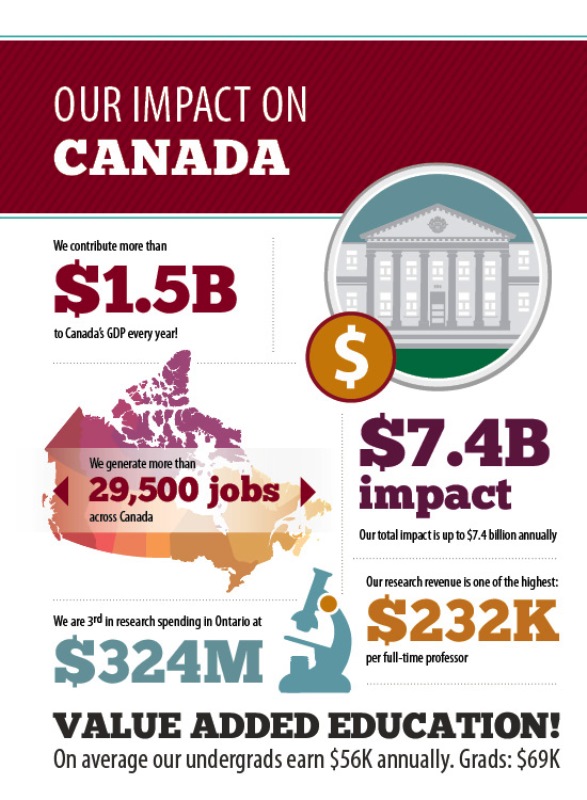