Having a professor for a mentor can change your life

“He pitched it so well that he had me hooked, so I withdrew my application for the MBA and registered for the master’s degree in health administration (MHA), and it changed the course of my life.”

Surely you have heard of the butterfly effect, namely that tiny changes in initial conditions amplify over time to have major consequences down the line.
Marc LeBoutillier is living proof of just such an effect.

In 1978, LeBoutillier was a young economics graduate from the University of Ottawa who had been working in an Ottawa bank for two years, before deciding to go back to school to earn an MBA. When he applied, he got a call from Professor Daniel Letouzé, who was the director of the new master’s degree in health administration (MHA) at the University.

During their 15-minute discussion, the professor tried to convince the young man to opt for the MHA rather than an MBA.

“There’s a lack of expertise in the field, and we need Francophones in our hospitals,” said the professor. “It’s a meaningful challenge. Think about it, seriously.”

“He pitched it so well that he had me hooked, so I withdrew my application for the MBA and registered for the health program, and it changed the course of my life,” says LeBoutillier, some 35 years later.

“I liked working at the bank but I needed a purpose,” says the experienced administrator who up until that point had never considered a career in health management. “However, thanks to my University of Ottawa training in the humanities, I felt comfortable working in the health system.”

The butterfly effect of that 15-minute conversation grew from there.

From that fateful day onward, the two men have always kept in touch. “Throughout my entire career, Professor Letouzé continued to play an important role,” LeBoutillier recalls. “He was well-connected in every field; he would recommend me for certain positions, and then would call to congratulate me when I got the job.” In 1982, the graduating MHA class numbered only twenty, but they still keep in touch and continue to meet.

Originally from the Gaspe area of Quebec, LeBoutillier has worked in health management for three decades now. He first worked at Gatineau’s regional hospital, the Centre hospitalier régional de l’Outaouais (CHRO), before moving on to Montfort Hospital in Ottawa and then becoming vice-president of Dynacare. Since 2007, he has been CEO of Hawkesbury General Hospital, which is currently undergoing a major transformation, including an expansion that will see it double in size.

And over the years, LeBoutillier has, in turn, mentored several other people.

“For example, I approached one of my former employees to come take care of the bidding process for our major expansion project at Hawkesbury General. This was someone I had promoted long ago and I knew I could trust this person.”

LeBoutillier says that he has served as a mentor throughout his career because he believes that the success of any organization rests on teamwork and mutual assistance. Knowledge transfer is equally vital to ensuring long-lasting success. Moreover, in a recent survey of Ontario doctors about the hospitals in which they practise, Hawkesbury General Hospital earned a satisfaction rating of 92%, the highest score in the province!

When Marc LeBoutillier describes his career and his long-term vision for his organization, his deep sense of commitment is obvious. He has enjoyed one success after another, but this success has never gone to his head. “Above all, I want to see results. I may be ambitious, but I don’t seek the limelight,” he said. Even so, the limelight has found him:  in 2014, LeBoutillier was named CEO of the Year by the Regroupement des gens d’affaires de la capitale nationale, a local association of Francophone business leaders, and in 2015, he was named Alumnus of the Year by the Faculty of Social Sciences of the University of Ottawa. 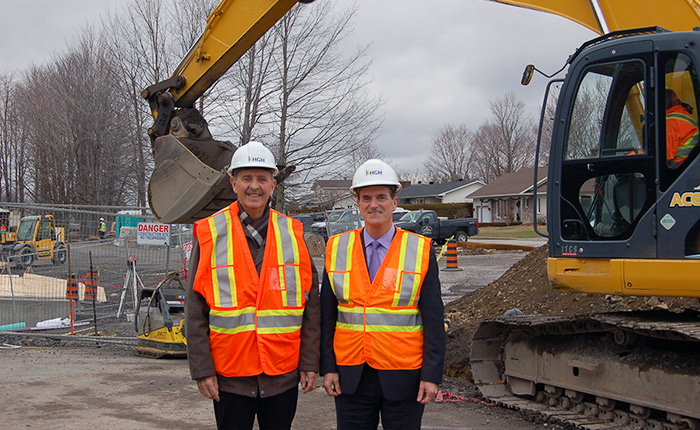 In mid-December, the CEO of Hawkesbury General Hospital received a visitor to tour the hospital’s construction site: Professor Letouzé had decided to check up on the progress. “I remembered our conversation of 35 years ago, which changed the course of my career, but he had practically forgotten our discussion,” said LeBoutillier, laughing. Even so, the now-retired professor was deeply moved to learn of the impact of his words on the life of his former student. Without knowing it, Professor Letouzé had set in motion a chain of events that would give wings to LeBoutillier’s career, a gentle nudge whose effects would still be felt 35 years later.

Has someone had a butterfly effect on your studies? 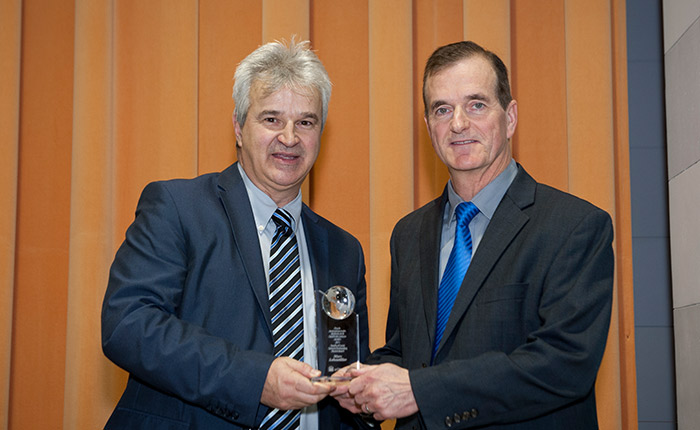