Wielding a sharp tongue or a dull sword, modern-day admirers of William Shakespeare can test their mettle at everything from hurling Bard-style insults to honing stage combat techniques during a four-month celebration of the playwright’s legacy, which began with a gala at uOttawa at the end of January.

Shakespeare400, a collaboration among the University’s Faculty of Arts and professors of Social Sciences, Law, and Medicine, marks the 400th anniversary of the dramatist’s death April 23, 1616, and the beginning of his remarkable afterlife. The diverse program includes contests, performances, lunchtime talks, classes, concerts and readings, along with a conference, a film festival and even a moot court. It’s designed to highlight the many ways that Shakespeare lives on and influences not only our language but our lives.

“All over the world, people are commemorating the 400th anniversary of Shakespeare’s death — the beginning of Shakespeare’s afterlife,” says Kathryn Prince, an associate professor and director of undergraduate studies at the theatre department, who is co-organizing the project.

“2016 is the year — April is the month. We’re the Canadian site for these celebrations.”

Makaryk, who fell in love with Shakespeare after watching a production of Twelfth Night on CBC when she was in Grade 8, has never lost her fascination for his plays. She has been teaching his work at the University since 1982, and her excitement is contagious during preparations for the celebrations, which were born of her plan to make uOttawa centre stage for this anniversary.

“What is most interesting about literature is the kind of dialogue, the conversation we have with authors,” Makaryk says. “Shakespeare changes us and we change Shakespeare in all the ways we look at him … He’s so rich that we can find many different things in him.”

The Shakespeare400 events, many of which are open to the general public, are intended not only to honour the seminal playwright, but to remind people that
“400 years after his death, he’s still very much alive in the Canadian imagination,” adds Prince. A grant that she secured from the Social Sciences and Humanities Research Council (SSHRC) is funding most of the project, with support from the University and individual departments.

Prince is particularly excited about her collaboration with the ByTowne Cinema. The popular theatre is hosting a 14-week series of Shakespeare-related films from January 24 until April 25 that Prince and Joerg Esleben, an associate professor and director of the Department of Modern Languages and Literature Department, will introduce. Among the films will be a production of Antony and Cleopatra filmed at Canada’s Stratford Festival.

“It’s the crowning glory of the festival,” says Prince.

The academic Shakespeare + Canada conference from April 21 to 23 will be a serious look at the ways Shakespeare has contributed to Canadian society and culture. However, many of the other events — including an April 5 Insult-a-Thon and a demonstration of stage combat fighting by an expert from the Stratford Festival — are designed as fun, creative ways to experience Shakespeare and his work.

During the student-organized Insult-a-Thon, which Prince hopes will attract “prominent members of the University administration,” participants will choose adjectives, compound adjectives and nouns from Shakespearean plays that they have to combine to come up with choice, original insults.

“The Insult-a-Thon is meant to be a fun way of inviting people to hear Shakespeare’s language differently. So, not John Gielgud reciting the most beautiful speeches, but to have the really visceral, meaty, sometimes disgusting and always funny language of Shakespeare’s insults hurled across the stage,” says Prince.

For those interested in more serious discussions of Shakespeare’s influence, lunch-hour talks on everything from Shakespeare and translation to Shakespeare and medicine will feed their appetite, Prince promises.  And a moot court trying Hamlet for the murder of Polonius that the Faculty of Law is organizing will also be entertaining.  Concerts and new works by uOttawa student composers on Shakespearean themes and texts will also roll out throughout the celebrations.

“It’s a good year to be a Shakespearean in Ottawa,” Prince laughs.

Shakespeare was the master of the sarcastic quip. A few choice insults from his plays, to inspire those considering becoming contestants in the Insult-a-Thon:

“Thou sodden-witted lord! Thou hast no more brain than I have in mine elbows.”
Troilus and Cressida (2.1.41)

“More of your conversation would infect my brain.”
Coriolanus (2.1.91)

“Sblood, you starveling, you elf-skin, you dried neat's tongue, you bull’s pizzle, you stock-fish! O for breath to utter what is like thee! You tailor's-yard, you sheath, you bowcase; you vile standing-tuck!”
1 Henry IV (2.4.227-9) 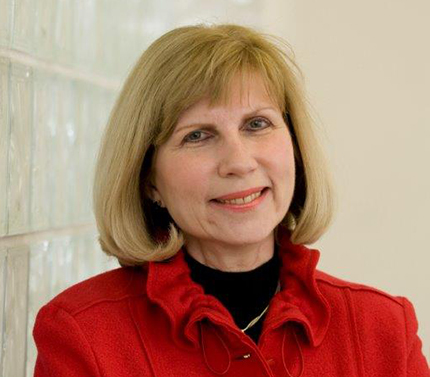