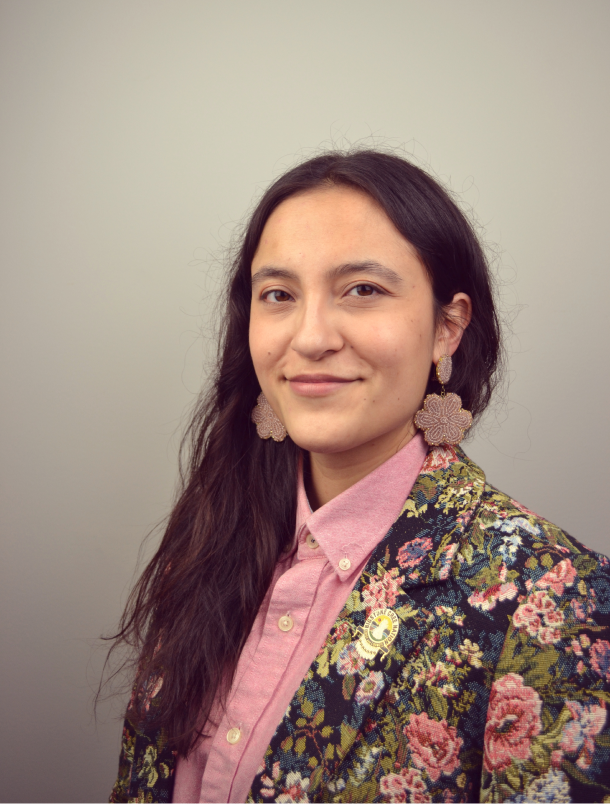 Nitsîhkâson Montana Cardinal ekwa nîya ohci Bigstone Cree Nation. Hello, my name is Montana Cardinal and I am from Bigstone Cree Nation, in Treaty No. 8 Territory. I am Nehiyaw Apîhtaw’Kosisan (Cree/Metis), German, and Hungarian. I am an interdisciplinary artist, Indigenous legal feminist, and avid learner. As a person living on Algonquin Territory I support and respect their sovereignty and laws.”

… Montana Cardinal is a Bigstone Cree Nation member, interdisciplinary artist, and is currently pursuing her Ph.D. in Law at the University of Ottawa where her research focuses on the areas of Nehiyaw Law, Indigenous Law and Legal Traditions, Art and Law, as well as an expanding interest in Fashion, Intellectual Property, and Entertainment Law. Starting her legal academic journey at the University of British Columbia in Vancouver, she knew then that she wanted to continue her academic journey and began exploring opportunities to study and live in other jurisdictions. After completing her J.D. in 2017, she then pursued and completed an LL.M. in 2018, at the University of California, Los Angeles, with a Specialization in Entertainment Law, and a personal focus on Federal Indian Law.

After completing her LL.M., she then applied for and began to pursue the Ph.D. in Law, here at the University of Ottawa, on Algonquin Territory