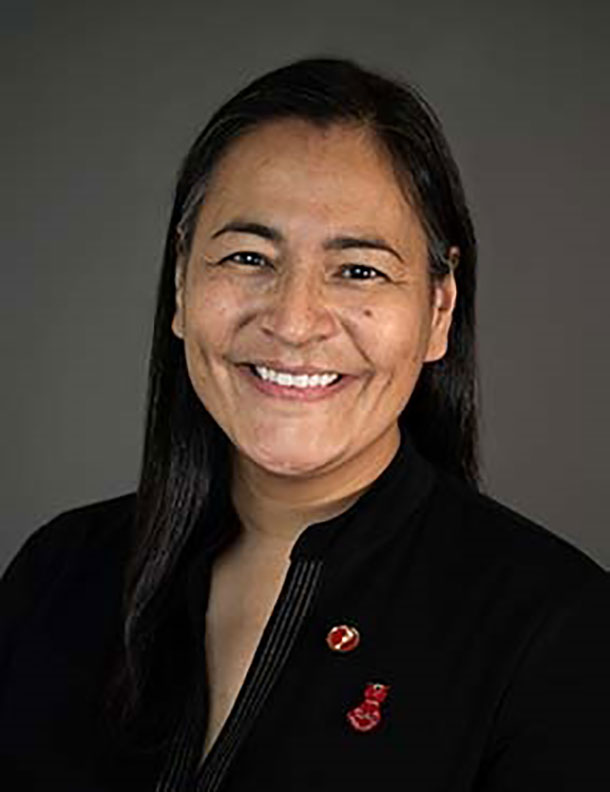 Daughter of a Québécois father and an Innu mother, Michèle Audette comes from the Innu community of Uashat mak Mani-Utenam in Quebec. She has played a key role in transforming the relationship between Indigenous peoples and Quebec and Canadian society since the 1990s. At only 27 years of age, she was elected president of the association Quebec Native Women. In 2004, she was appointed associate deputy minister to the Secrétariat à la condition féminine of Quebec. From 2012 to 2015, she served as president of the Native Women’s Association of Canada. In 2015, she helped create an innovative graduate program in Indigenous public administration for the École nationale d’administration publique.

Audette was appointed one of the five commissioners responsible for conducting the National Inquiry into Missing and Murdered Indigenous Women and Girls. Since 2019, she has been assistant to the vice-rector, academic and student affairs, and senior adviser for reconciliation and Indigenous education at Université Laval.

In recognition of her significant contributions, Audette received the 2018 Woman of Distinction Award in the Inspiration category from the Women’s Y Foundation of Montreal. She was named Woman of the Year in 2014 by the Montreal Council of Women, and was awarded a Queen Elizabeth II Diamond Jubilee Medal in 2012. She also received an honorary doctorate from the Université de Montréal, in acknowledgement of her deep commitment to the cause of Indigenous women and tireless work on reconciliation between peoples.