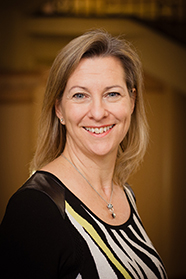 A lawyer by training, Ms. Bergeron possesses more than 25 years of experience in the academic sector, in private practice, as well as in the federal government and the Quebec government. In 2005, she was named Director of Legal Affairs at the University of Montreal. Prior to joining the University of Montreal, Ms. Bergeron was a partner at Robinson Sheppard Shapiro law firm where she litigated before various Canadian and Quebec courts on constitutional, civil and commercial matters. She began her career at the law firm of McCarthy Tétrault, and subsequently worked for the Public Curator of Québec, as well as the tax branch of the Department of Justice of Canada. Ms. Bergeron is a graduate of the Faculty of Law at the University of Montreal and in 2018 obtained a Diploma in Business Administration (MBA) from MCGill University in conjunction with HEC Montréal.