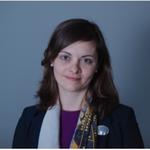 Though many Canadians may not realize it, we live in a science-based society.

Science has – does – inform the structure of our government, the design of our primary, secondary and tertiary education systems, and it is the basis for sectors of our economy like energy and transportation. The origins of this relationship date back to the end of the second World War, at a time when science helped to “win the war”. There was an appetite for science to support advances in society, in peace time as it had during the war.

The desire to have science contribute to advance society in peacetime as it had during the war translated into a relationship (also referred to as a social contract or compact). The basic tenets of the relationship provided that government, on behalf of society, would fund science. In exchange, the scientific enterprise would be afforded a great deal of autonomy to address challenges facing society, returning to society the untold (and unpredictable) fruits of its labours. This relationship was negotiated at a time when there was a great deal of trust in science, and science became positioned as a source for knowledge with endless potential. Some scholars refer to those post-war years as the high water mark for trust in science.

Now, in 2022, many facets of the relationship between science and society is under strain. Public trust in science is in decline. Science is not seen to be serving all people equally, nor speaking the language of everyday people.

The relationship between science and society may no longer be fit for purpose in our contemporary Canadian society. And while the strains in this relationship have been growing over many years, they have become much more pronounced during the pandemic. When we talk about the changes to our lives brought about by the pandemic, it almost feels cliché to say we are living in a “new normal”. Except, we are.

We can think about the types of changes the pandemic brought about in three ways:

As we come to terms with and work through changes brought about by the pandemic, it’s clear that in many cases, returning to our pre-pandemic ways is not an option. The relationship between science and society will not return to its pre-pandemic state. We need a relationship that is fit for purpose, that meets the needs of our contemporary society.

Starting this month, Sandra Schillo, Jeff Kinder and I will be launching a partnership development grant Beyond Endless Frontiers. Our goal is to examine the existing contract that underpins Canada's scientific enterprise and explore the elements of a new policy framework. We will do this through a mix of policy research and roundtable discussions, and model new knowledge co-development approaches through a foresight and mapping exercise. With our team of partners, collaborators and advisors at the Belmont Forum, BHER, the Canadian Science Policy Centre, Genome Canada, Ingenium, McMaster University, the University of Manitoba, Optonique, the University of Ottawa, the University of Saskatchewan, and York University we are examining the current state of the relationship through six themes: