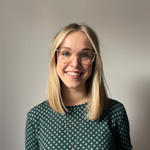 On Saturday, November 19th, 2022, Sandra Schillo, Jeff Kinder and Rhonda Moore, Co-Directors of the Beyond Endless Frontiers Project, gathered 20 project collaborators, partners and advisors, virtually and in person at Ingenium’s Museum of Science & Technology, for a full day workshop to:

There is increasing tension in the relationship between Canadian society and the scientific enterprise; symptoms of this tension include a decline in trust of science and growing questions about the value of science and legitimacy of scientific authority. At the same time, science has an increasingly important role to play to address challenges facing society such as climate change, energy security, poverty.

The goal of this SSHRC Partnership Development Grant is to examine the post-war social contract that underpins Canada's scientific enterprise and explore the elements of a new policy framework that meets the needs of contemporary Canadian society.

The objectives of the project are to (1) identify and examine elements, assumptions, values, and biases of the post-war contract; (2) work with a multisectoral coalition of actors to research policy solutions, within and across 6 themes, that address and update the terms of the contract consistent with the contemporary context; and (3) disseminate and mobilize these insights and offer practical ways to reshape the policy framework for science and innovation.

This project will examine the relationship between science and society across 6 key themes:

2-Indigenous and Other Ways of Knowing, led by Kyle Bobbiwash:

To learn more about the project, the objectives, and the research questions, please visit the Beyond Endless Frontiers webpage, linked here.