Creating an EDI action plan: How the University of Limerick can serve as an example of the transition from concept to action 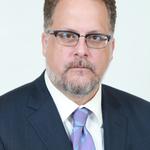 I have read the report the ISSP’s report ‘7 Good Practices for EDI in Research, Teaching & KMb’ with interest. It is obvious that the output presents a list of well-founded and well-described concepts which can be used with the University in Research, Teaching and Knowledge Mobilisation (KMb). But, as an academic, who undertakes each of these, the basic question I have is: How can these concepts be implemented and have an effect? My proposed answer is through the development, maintenance and monitoring of an agreed action plan.

I have been an academic at the University of Limerick for 30 years. In that time, I have seen equality, diversity and inclusion principles become increasingly important within our education system. Our buildings have disabled and gender-neutral restrooms. Our technology for use by students with a disability is modern and updated regularly. We have a section, UL Global, which assists all international students coming to the University of Limerick. In 2019, we launched an Equality & Human Rights Strategy, and the following year we appointed Dr Marie Connolly as Director for Human Rights, Equality, Diversity and Inclusion.  In Ireland, the Higher Education Authority have financially supported the Athena Swan charter since 2015. While this charter’s initial focus was on women in science and technology (Scientific Women’s Academic Network), this has now been enhanced to being on all genders in all disciplines. We are proud that, in the University of Limerick, we have held the Bronze Institutional award since 2015 , our Department of Physics received the first Silver Departmental award in Ireland in 2021, and all our academic departments but one have received Bronze awards. The importance gender equality requirements in academia nationally is highlighted by the fact that our major funding bodies, Science Foundation Ireland and the Health Research Board, require third-level academic institutions to have at least applied for an Athena SWAN award by 2023, before they are eligible to receive research grants. Furthermore, the Higher Education Authority’s Centre of Excellence for Equality, Diversity and Inclusion works closely with each institution to ensure that EDI is maintained within institutions nationally.

While Athena SWAN focuses specifically on gender, we have found that concentrating on this supports and highlights the inequalities that exist within the other protected grounds of equality (In Ireland, there are 9 protected grounds - Equal Status Act).  What I very much appreciate about Athena SWAN is the scientific focus that is required to be taken. Each Athena SWAN submission truly reflects the concept of a rigorous scientific report, undertaking data gathering and analysis, resulting in a list of actions which are proposed to improve gender equality (for examples see AS CSIS-Lero University of Limerick Bronze departmental submission and the Silver University of Glasgow's 2020 Institutional Athena SWAN Submission, Scotland). The Higher Education Authority (who funds the Universities on behalf of the Irish Government), also require each third-level institution to have a Gender Action Plan which normally reflects their Athena SWAN action plan.

So, with all of this in mind, and considering the recently published ISSP report, I want to consider the question I posed in the first paragraph of this blog: How can these concepts be implemented and have an effect?

I suggest that these concepts need to be converted to actions, which define what is to be done, by whom, and by when. I’m also a believer in targets! To show an example, below is a paragraph from Good Practice #5 - Engage the next generation of the ISSP’s EDI Report, with the addition of some potential actions, shown in italics.

In terms of content, it is useful to include various applications and a range of examples, because they speak differently to diverse students.

In terms of activities, virtual teaching and the use of breakout rooms may be helpful, because it encourages all students to interact more directly.

In terms of incentives, grants and resources on EDI can be useful to engage students around EDI.

Interestingly, what came to mind as I was writing these is that at least one other action is needed to support the academics who are required to change their teaching methods!

I agree that this report should be implemented, but, to do this requires an agreed action plan. The actions and supplementary information is just my first pass at one paragraph with one concept. Maybe it can be the starting point!

Ita has collaborated previously with Prof Liam Peyton, of the School of Engineering Design and Teaching Innovation at the University of Ottawa. During her sabbatical, she is visiting with Liam, where they are working together on Connected Health research.