The University of Ottawa modernizes its Regulation on bilingualism, reiterating its support to both official languages and to a strong Francophonie 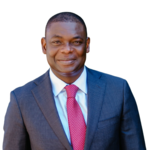 The Regulation on Bilingualism, one of uOttawa’s founding documents, is woven into the University’s identity and in its public image. Since it was first adopted in 1974, the University has evolved to keep pace with the surrounding world. Today, our campus is a living environment for thousands of anglophones and francophones of all backgrounds, while the University embodies a modern, updated version of our linguistic duality.

Stemming from the 1965 University Act and addressing our 2016 designation under the French Language Services Act of Ontario, the Regulation sets out the equal status of English and French as our official languages.

To fulfill the University’s engagement to offer a durable, stronger, and better adapted approach commensurate with its goals regarding the Francophonie on campus, the Office of the Vice-President, International and Francophonie, undertook a comprehensive consultation among various governing bodies at the University, one of genuine dialogue.  It was guided by a desire to achieve the broadest possible consensus and put appropriate procedures in place to further ongoing exchange and dialogue among the University’s various governing authorities.

On October 17 and 31, respectively, the University of Ottawa Senate and Board of Governors unanimously adopted the modernized Regulation on Bilingualism, which is meant to be a key tool through which “the University seeks to further progress towards the substantive equality of English and French on its campus, and to support the vitality of the Francophonie and bilingualism, taking into account the minority status of French in Canada”.

What does the new Regulation on Bilingualism offer?

The Regulation on Bilingualism is a shared responsibility and oversights all sectors of activity at the University, including service provision, academic program offerings, research, human resources, communications and the University’s dealings with various stakeholders.

This new version stipulates the principles that will guide our decisions and facilitate our cohabitation, while recognizing the language rights that are part of our institutional culture.

Several new concepts have been embedded in the Regulation, such as active offer, positive measures to support substantive equality of the official languages, acknowledgement of Indigenous languages, the right of staff to work and be supervised in the official language of their choice and boosting research in French. These concepts also strengthen the University’s current commitment towards bilingualism and the Francophonie. As well, the new Regulation sets out the responsibilities of the Office of the Vice-President, International and Francophonie, as guardian of the University’s francophone mission.

This regulation is the product of a strong consensus within our university community regarding bilingualism and the Francophonie. It’s a milestone in strengthening our linguistic obligations, reaffirming our commitment towards a unifying and inclusive development of the Francophonie in Ontario, across the country and around the world.

We believe that this new version of our Regulation on Bilingualism will serve as a cornerstone of the sustained linguistic well-being for our community.