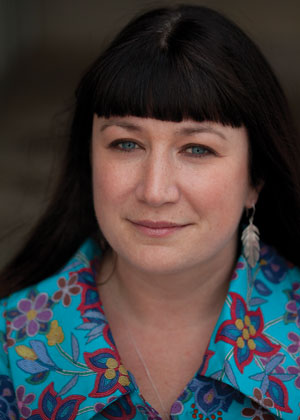 Aimée Craft is an award-winning teacher and researcher, recognized internationally as a leader in the area of Indigenous laws, treaties and water.  She holds a University Research Chair Nibi miinawaa aki inaakonigewin: Indigenous governance in relationship with land and water.

An Associate Professor at the Faculty of Common law, University of Ottawa and an Indigenous (Anishinaabe-Métis) lawyer from Treaty 1 territory in Manitoba, she is the former Director of Research at the National Inquiry into Missing and Murdered Indigenous Women and Girls and the founding Director of Research at the National Centre for Truth and Reconciliation. She practiced at the Public Interest Law Centre for over a decade and in 2016 she was voted one of the top 25 most influential lawyers in Canada.  In 2021 she was awarded the prestigious Canadian Bar Association President’s Award and was named the Early Career Researcher of the Year Award at the University of Ottawa.

Prof. Craft prioritizes Indigenous-lead and interdisciplinary research, including through visual arts and film, co-leads a series of major research grants on Decolonizing Water Governance and works with many Indigenous nations and communities on Indigenous relationships with and responsibilities to nibi (water).  She plays an active role in international collaborations relating to transformative memory in colonial contexts and relating to the reclamation of Indigenous birthing practices as expressions of territorial sovereignty.

She is past chair of the Aboriginal Law Section of the Canadian Bar Association and a current member of the Speaker's Bureau of the Treaty Relations Commission of Manitoba.

More of Professor Craft’s publications can be found on her SSRN webpage.