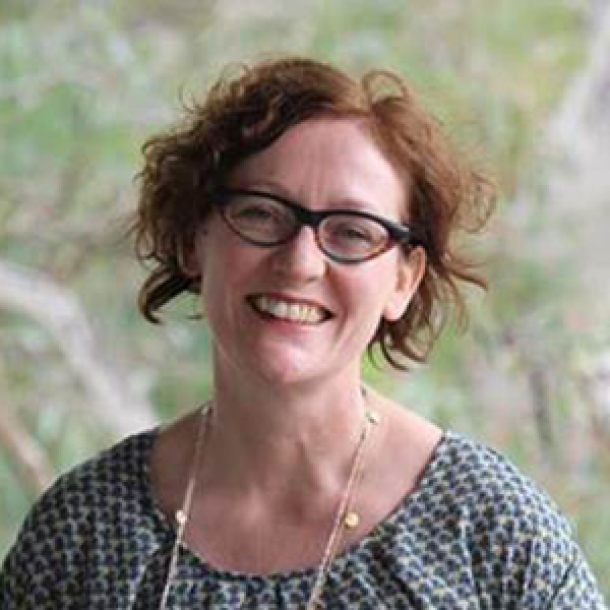 When Siobhan Airey decided to pursue doctoral studies, she was sure most faculties of law would consider her an anomaly. She is a mature student with permanent resident status who wanted to do a Ph.D. in law without having a law degree.

But it didn't seem to be an obstacle at the Faculty of Law of the University of Ottawa. As a matter of fact, the help and encouragement provided by the staff at the Faculty's Graduate Studies office, particularly from admissions officer Florence Downing, were the reasons she ultimately chose Ottawa.

“What struck me about the University of Ottawa is the sense of a team," Siobhan said. "You were meeting with staff who really understood the kind of challenge an atypical student faces.”

Siobhan was interested throughout her life in social justice issues while growing up in a rural area of the South of Ireland. That interest was inspired by parents who took an active involvement in what was happening in their community.

Following a degree in Communications Studies, she pursued a Masters in Equality Studies at University College Dublin looking at the development model proposed by international institutions such as the World Bank. She got first-hand experience on the impact of international organizations on people’s lives while working for an NGO in Bangladesh for more than two years. Upon her return, she completed an LL.M. in international human rights law at the National University of Ireland.

“It really introduced me to the international legal realm which is the architecture that shapes how states relate to each other. I began to understand the role that law plays and its links with other kind of institutions of global governance."

After moving to Canada in 2007, she worked as a consultant in public policy and for mining companies, producing reports on complex issues with short deadline. A Ph.D. became something she put on her bucket-list.

“It was like - on my death bed, do you want to have done something or not? And I said, I’m going for my doctorate.”

She opted for the University of Ottawa because of its proficiency in international law whether it related to trade, human rights, economy or environment as well as for the kind of research that was bubbling up from the faculty and student body.

Her thesis analyses the unique ways that official development assistance shapes the legal rights and duties of donor and aid-recipient states.

To advance her research, she was encouraged by her thesis supervisor, Professor Penelope Simons, and by Professor Heather McLeod-Kilmurray, who was then vice-dean of Graduate Studies, to take every opportunity offered to her. She participated in an international conference at the Harvard Law School Institute of Global Law and Policy Research in 2013 and found herself invited back again in 2014 and 2015.

She earned scholarships to do a semester abroad studying first at the Centre for East African Legal Studies in Tanzania, then at the European University Institute in Florence, Italy, and finally in Australia at the Centre of International Governance and Justice in Canberra. She met with renowned scholars discussing numerous topics including new non-legal forms of global governance, the role of human rights in international governance and the future of women’s engagement in international law.

Now that her thesis is almost completed, Siobhan is looking forward to be a career scholar helping us understand the multiple facets of international law and its changing role in global governance.