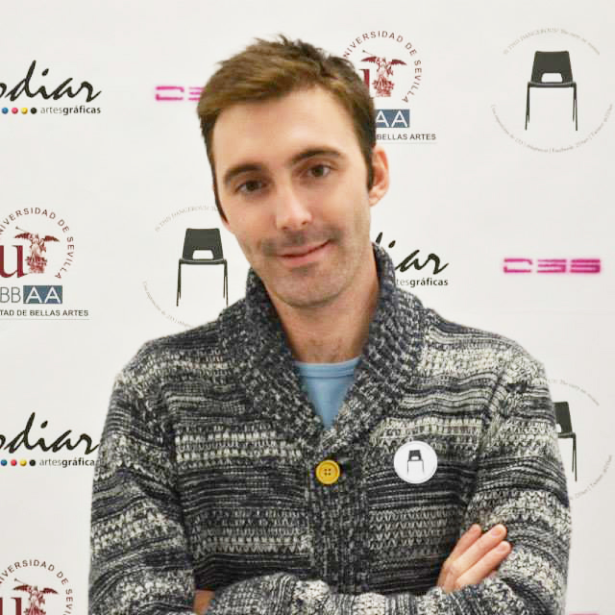 Ramon is a Social Catalyst & Artist who sends social and political messages intended to inspire people to reflect about their communities, both local and universal, typically about human rights concepts and values. He uses the number 233 as an artistic name in reference to the identity game of our overpopulated world system.

His artworks have been exhibited all over the world, highlighting his project THE UNIVERSAL GAME. One Flag to Connect Us All (2015), an outreach art project from the HRREC at the University of Ottawa to mark International Human Rights Day (December 10) through a message of union, diversity and rich global exchange and inclusivity. Other principal projects include Sahara Libre Flag in Dakhla Refugee Camp (Western Sahara, 2011), Integração in Rio de Janeiro (Brazil, 2014), Is this dangerous? The carry on version in Seville (Spain, 2015), Democratic Artworks in Berkeley (USA, 2016), Aboriginal Project in Melbourne (Australia, 2017), Nothing Can Be Forgotten in Tirana (Albania, 2019: work in progress) and The Divoc Family in Lisbon (Portugal, 2021).

Ramon has been awarded several grants, scholarships, and artist residencies, he has traveled around the UK, Argentina, Western Sahara, Palestine, Brazil, Canada, USA, Australia, and Portugal, among others. He is the Winner of the Second Prize in the Crossing Borders International Competition by Emergent Art Space in San Francisco (USA) in 2012, and was a Finalist for the Prize Andalusian of the Future for Social Action in 2021. Have a look to his TEDx Talk (in Spanish).

Ramon has also worked as a Professor’s Assistant at the Winchester School of Art of the University of Southampton (UK, 2012) and as a Production and Artist Assistant for the Slovenian Pavilion at the 55th International Art Exhibition: La Biennale di Venezia (Italy, 2013). Currently, he is one of the Founders and Cultural Managers of Magenta BICYCLE, a sustainable art and education project based in Cañada Rosal (Spain).